There is a lot I have been wanting to say about the topic of Black health and am finally putting the little that I have learned up to share.
The more I have learned about Black specific topics and issues the more I want to get the word out, and do what has always inspired me; spread useful and powerful truth.
Speaking of verifiable truth let me start with Adam and Eve. If anyone was made from someone's rib, it would be the male of the species.
The default human is female. A rush of testosterone in the fetus from the (genetically inferior XY gene) causes the potentially ovarian tissue to become testes, and later, to descend. The clitoral and associated erectile tissue develops into a penis. That is why men have nipples - because we males are derived from the standard base model; a female. Our XY gene is far more genetically vulnerable than XX, which is one of our many weaker points, compared to the female. Yes, that same testosterone makes us men on average bigger, more aggressive, faster, and stronger enabling us to better meet our traditional male roles of protection and provision of more challenging to procure food (ie; meat).

Q; What is the rest of our non Homo Sapien DNA?
A; Neanderthal.

Neanderthals and Homo Sapiens co-existed in Europe and Asia for tens of thousands of years. The old theory was that the Neanderthals simply died out. The new theory, based on genetic evidence from well preserved Neanderthals shows they were at least partly assimilated especially into family trees of lighter skinned people of the world. By the way, really well preserved neanderthal specimens are predominantly blonde and pale.

Pale skin is a distinct survival advantage in areas far from the equator, which brings me to my next point. 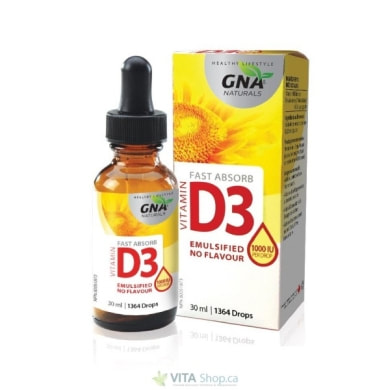 Vitamin D
ALL Canadians (or nearly all) are deficient in vitamin D.
Black (and brown) Canadians are even lower in their vitamin D status overall, because melanin slows down the production of vitamin D in our skin from sun or UV exposure. More on melanin later on this page;

When the sun is low in the sky for over half the year, it's rays are too filtered and weak to cause much production of vitamin D in our skin.

This is a bad, bad thing, since deficiency of vitamin D directly contributes to cancer rates (via weakened immunity) and of course more colds, flus and other communicable and even non communicable diseases like multiple sclerosis.

Even diabetes is far more likely to develop in a vitamin D deficienct state.

Personally I take about 5- 10 thousand IU of vitamin D daily, in the months where I don't tan on my balcony  : )

Toxicity
ha ha ha just kidding - there is none. I repeat; I have seen 4 studies on toxicity in humans, and even at doses of a million IU's daily, no toxic effects were observed in any human test subject!

If I was Black, I would probably average 10 thousand IU a day in the colder months and 5000 IU in the warmer months, just to be sure.

If you want to add in some vitamin K to work synergistically with the vitamin D, you certainly can. Especially if you don't eat a lot of cooked greens or fermented foods like kraut, kimchi, and miso. Natto is a strange fermented soy food which is ridiculously high in vitamin K; so much so that it's the main source of it for vitamin companies.
PS let us not cross K (potassium) with vitamin K. They are two entirely separate entities, as different as salt is to vitamin C.

a word about Melanin
Melanin is what gives us colour - it is the hair pigment that creates shades of brown and black. Melanocytes in our skin (and elsewhere in the body) produce it, and their production of it increases (in the skin) in response to sun or UV exposure. It colours our iris brown and helps protect the eyes. Lighter eyes are less protected as evidenced by higher rates of macular degeneration in blue and green eyes vs brown eyes. Light eyed folks would do well to up their antioxidant intake to help offset their melanin deficiency.
Melanin lines the retina, allowing the translation of light into electrical impulses which flow into our optic nerves to our brain which then interprets the electrical signals into visual imaging. The substantia nigra of the brain (so-called because it is so pigmented with melanin that it's black) is pigmented even in people that are otherwise albino. There too, as in the retina, melanin is involved in electrical signalling.

Melanin is a strong protectant for the skin, indispensable for people living in tropical sunny areas. In areas that are distant from the equator, this protectant advantage turns in to a disadvantage, since high levels of skin melanin slow down vitamin D production, leading us to the phenomenon of Blacks in Canada and the USA having significantly lower levels of vitamin D in their blood and tissues than their lighter skinned comrades.

Are there any other black or white specific differences that impact us nutritionally?

Yes, probably more than I am aware of, but I will share one more that I do know of;

Whites (I am guessing from their higher proportion of northern derived genes as discussed above) produce more body heat, deriving largely from their mitochondria diverting more energy to heat production. This diversion of oxidative energy production amounts to a larger constant "leak" towards heat, and a subsequent lower oxidative stress in the entire human organism.

The bottom line of all that is that
a) Blacks have potentially more energy available for other non-heat purposes (great) and
​b) more oxidative stress in their bodies (not so great).

​ I think antioxidant rich foods and supplements are awesome for health for everyone, and probably more important for Blacks since at a cellular level there is more oxidative stress due to less "leakage" of energy towards constant heat production.

Antioxidant rich foods include nearly all spices, nuts and seeds and richly coloured fruits and veggies; examples include blues of berries and blue potatoes, reds of cabbage, berries, and beets, blacks of beans black sesame seeds and black rice and some seaweeds, oranges of palm oil, oranges (lol), pumpkin and other squash, and carrots.
​
Antioxidants and antioxidant foods that I personally take are;
vitamin C  4000 mg
vitamin E  400iu
spirulina and chlorella - varying amounts
*selenium 200mcg, *copper 1 mg, *zinc 25 mg
* these are minerals and not antioxidants but they help to support/ increase production of our innate antioxidants including glutathione, and super oxide dismutase (SOD)
Powered by