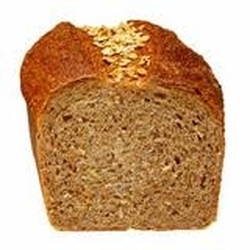 
Grains which are gluten free include Buckwheat, Corn, Amaranth, Quinoa, and Rice.
See my RECIPES page (scroll down a bit once you get there) for cooking instructions for these and other grains

Wheat, especially North American grown wheat has the highest gluten content, and also in the longest, most problematic form. Many people report to me that travelling to the Middle East or Europe finds them enjoying the foreign wheat products much more comfortably than they find when they are home in Canada.
Growing up Italian with both parents having been born in Italy meant wheat every single day after being weaned off breastmilk. Bread, pasta, biscotti, were part of every day. Pasta or bread were in every meal, occasionally gluten in other forms such as pizza, gnocchi, and occasionally store bought wheat-based treats.

Being a type A probably helped me to never have obvious symptoms of gluten intolerance.

No matter what your blood type is, eliminating a severely hybridised food like wheat is probably a great idea, even if you substitute it with lower gluten grains like kamut, rye and spelt.
Gluten is probably somewhat problematic for 99% of people, even if official numbers claim only 1% of us are truly intolerant. it is a matter of degree. If wheat provokes some damage and some inflammation, but not enough to be obvious, it doesn’t mean that it’s actually health-building. Gluten, according to Bernard Jensen, a colon cleansing authority, is very sticky and tends to accumulate in the colon, staying there potentially for years and causing auto-intoxication as it rots within our bodies.


If you would like to know how you fare on gluten, do this very accurate test yourself; no Dr. visit or any other visit required; a 2 step process;
1. Eliminate all sources of gluten for 3 or more days in a row. 100% elimination; not even one crumb.
2. Re-introduce wheat or gluten foods, paying close attention to how you feel; in your head and your gut especially.
the 1-2 process above is called an Elimination-Challenge test and in my opinion is more sensitive and accurate than medial allergy/ sensitivity testing.

Over 20 years ago I did an ambitious bowel and body cleanse, following the Bernard Jensen protocol; a fibre + clay + pancreatin fast for 8 days, with colonic irrigations twice daily. After learning that the black rubbery messes coming out of my body were mostly from accumulated gluten, I severely reduced my gluten intake, having wheat and it’s cousins only around one day per week.

Beware of gluten free products
Many gluten free products are made with gums, which are natural, but potentially more damaging to the gut than even gluten! Particularly bad are xanthan gum and carrageenan. Some of these gums actually cause IBS in some experiments.