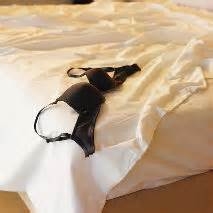 SEXual Healing
Libido, or sexual desire, as well as sexual performance- erectile health and timely ejaculation for men, and lubrication and orgasmic potential in women, are topics which clients of both sexes, and of ages ranging from early 20's to 60's have asked me about. Much of what helps sexual performance is also important for reproductive health. Sadly, far too many couples have trouble conceiving, giving rise to a multi million (or billion) dollar  fertility industry.

Study this section, and you will get to know powerful fertility practices you can do your self. If you want help in designing a reproductive health program, where I draw on the work of several masters in their field, contact myself, for a consult.

Having taught a men's health and women's health classes, I have seen much research and information on sexual health. My many years of nutritional experience has also given me a wealth of feedback, in terms of what therapies and methods clients have had success with.

Contaminants
One libido and sexual health killer is xenoestrogen contamination. Xenoestrogens are synthetic man made compounds which are estrogenic in their effect on our bodies. PCB's (polychlorinated biphenyls) are an example. They are supposedly banned from North American industrial use, but persist in our environment, and in our bodies. The same is true of many pesticide residues, in our food and bodies. These xenoestrogens disrupt fertility and hormonal balance in both sexes. Natural estrogens and the 'Xeno' variety are vastly different in their effects. Xenoestrogens (xeno's, for short) promote hormonally sensitive cancers (breast, uterine, and ovarian, in women, and prostatic, in men, for example). They reduce testosterone levels in men, and unbalance the delicate interplay of progesterone, estrogen, and testosterone in women.

To reduce xenoestrogens in your diet, do not eat meat or dairy, unless it is organic. Detoxification is a must for full sexual health, especially if you want to conceive, and you want a healthy baby! Consuming lots of raw nuts and seeds will help rid the body of xenoestrogens, since they are high in phytosterols which directly compete with them. See my organic the detox pages for more information on reducing xenoestrogen levels in your body.

Detoxification is proven to help rid the body of tenacious toxins of the xenoestrogenic kind. Consult my detoxification page, and try all of the detox recipes.

500 mph libido formula
OK, you will detox at some point, but just want something fast, to improve your performance for now. First, we address circulation. Good circulation makes getting and maintaining an erection possible for men, as well as the erectile tissue response in women, which, during arousal, contributes to women's heightened sensitivity and lubrication. Women's erectile tissue surrounds the upper labia and clitoral region.

libido formula, specifics
In both sexes, generous hydration is key for good circulation. WATER is an aphrodisiac, since enough water means enough circulation to accomplish the above effects. What actually causes the genital arterial supply to dilate, supplying the genitals with increased blood flow and pressure during arousal is a vascular dilation, mediated by NO, or nitric oxide. Taking a hefty dose of arginine (say, 2-5 grams), 20 minutes before 'take-off' would be good insurance for both sexes. Arginine is an NO precursor, which is beneficial to the heart, as a side effect. NO production helps to dilate blood vessels, including those in the genital region. Arginine would be well accompanied by other potent vascular tonics, like either pycnogenol (pine bark extract), or grape seed extract. I recommend the Grapes + product, since it is made from Rhone valley grapes, which are not as heavily sprayed as most other vineyard areas. Throwing in 2-4 grams of fish oil would also be a good idea, since fish oil aids vasodilation, which is exactly what we are aiming to improve.

Other helpful substances
Ginseng can be useful, for both sexes. Animal research with ginseng showed 'improved reproductive performance', whatever that means. It is likely to do the same for humans. Do not be shy with the dose- men especially- take generous amounts, and start a few days to a few weeks out, to get full results. In traditional Chinese medicine, ginseng is a herb which is rarely given or recommended for women, as it is considered very yang, which is more of a male thing.

Testosterone
Testosterone is the hormone of desire, for both sexes. Men produce approximately ten times more testosterone (if everything is working) than women, however women are more sensitive to testosterone's libido-enhancing effects. Testosterone is regulated by negative feedback inhibition, like almost every other hormone. As with all else in our body, there are other variables which strongly influence levels, beyond a 'pre-set' setpoint.

For men, we want to be sure that we are not inhibiting testosterone, and beyond that, there are steps that can promote higher levels. More testosterone means better erectile performance, as well as heightened libido. Muscle mass and fat burning are strongly influenced by testosterone, as well. All anabolic steroids are chemical cousins of testosterone.

how to raise testosterone levels; In men and women, zinc is essential, helping support immune function, skin health, and in men, testosterone production. A zinc deficiency will depress testosterone levels, so be sure to have enough, guys! There are a couple of herbal products that I think are heavy-hitters for boosting testosterone production in men. Read more about them in my MASS page; they do include Tongkat ali, horny goat weed, ginseng, Siberian Canadian and Korean, saw palmetto, muira puama, pygeum africanum, and others. Mark Wilson is a man I mention on my Man's page. His website and free E book are worth looking at; the man knows about raising testosterone! Check it here; boosting your testosterone.

When a male ejaculates, some zinc is lost, since ejaculate is zinc rich. According to the Health Canada supplementary handbook of nutrient research, circa 1983, about 10 mg of extra dietary zinc would be required to recoup the losses from each male 'episode'.

For an all-round level for males, my best guess would be about 40mg per day, plus an extra 10mg for each 'round'. I would not recommend over 50mg per day as a baseline, and would also take 1-3mg of copper in addition, since zinc can deplete it. Foods that are rich in zinc are oysters, beef, and pumpkin seeds, in that order.

Zinc is also super important for prostate health, as a deficiency of zinc promotes DHT production, which is a culprit in prostatic hyperplasia. For females, I would recommend about double the DRI, which is around 20mg Zn per day. I like the zinc by Trophic, which is a good amino chelate, one of the most absorbable minerals on the market. It comes in a 15 mg dosage, so guys and gals, figure out your targets, and take enough of them to reach them. Do subtract zinc that you may already be getting from your multi- vitamin, or your calcium-magnesium supplements.

HERBS
Korean ginseng is mentioned above- it is a good yang tonic.

Siberian ginseng is an entirely different plant, which is very strengthening, and adaptogenic. A good adaptogen will reduce cortisol levels, which means higher sex hormone levels, in both sexes. I would recommend women stick to Siberian and Canadian or American ginsengs, while men would do well to take all three (North American, Siberian, and Korean).

Yohimbe
This stuff is good- try a double dose- it is good for improving the pump from lifting weights, as well as erections. Yohimbine HCl is the prescription version, while for us natural minded folks, there is the raw herb, available at herb stores like Herbie's Herbs, in Toronto, or in capsule or tabs, at various health food stores A side effect of yohimbe is increased fat loss and alertness. If you OD, you will feel jittery, so don't go too far with dosing.

GUYS avoid peppermint
Peppermint has been shown to depress testosterone, in controlled research- drink any tea but peppermint, and chew a non-minty gum!
Less Cortisol, More DHEA, Testosterone, and balanced Estrogen and Progesterone
In both sexes, stress hormones kill libido, and not just for psychological reasons. Cortisol, a primary stress hormone, reduces DHEA and all it's metabolites; mostly testosterone in men, and progesterone and estrogen in women.

How to get cortisol back down, nutritionally? Magnesium is proven to lower cortisol, in human research. As is vitamin C. I take at least 500mg of Mg at night, and around 5grams of C a day, upping my vitamin C to 10grams, if I feel I need it. Linus Pauling has done the most brilliant research on vitamin C, and I follow his ideas of what are ideal doses.

WOMEN
Upon consulting with 2 excellent practitioners, one an RNCP, Julie Daniluk, and an RMT, Wendy (sorry Wendy- I don't know your last name), I learned that chaste tree is not only good for balancing female hormones, but seems to have a distinct libidinous effect. Chaste tree is called vitex, or agnus castus, as a botanical name. Much of the information on this page pertains to both sexes, but the reports of the effects on women from this particular herb were so glowing, I thought I would single it out here.

Herbs like dong quai are very balancing for women, as are gogi berries, which are particularly good for vaginal dryness. Pour hot tea onto a handful of gogi's, and consume after they soften, every day, for a few days to a few weeks. You can definitely use gogi berries for longer, if you like the effects.

EXERCISE for Men and Women
Ok, you knew I would mention exercise at some point- here it goes! Exercise definitely improves circulation, mentioned above as being central to a healthy, full arousal response in both sexes. Exercise also tends to strengthen the tone, or level of function of the parasympathetic nervous system (PNS), which regulates arousal. If someone is stuck in the sympathetic nervous system mode (SNS, or fight or flight), their libido will be limited. By the way, for men who would like to delay their climax, increased PNS activity means a later orgasm, since it is the SNS which regulates orgasm. Heightened PNS activity keeps SNS activity in check.

How Much Exercise?
Exercise enough to strengthen the parasympathetic section, and DHEA production in both sexes. But not too much, since that would actually raise cortisol, which is exactly what we do not want.
So, How Much?

I recommend 2-3 hours of intense exercise per week, or 3-4 hours at medium intensity, and finally, if one is not able to do intense work, then 3-5 hours at low intensity, although the higher intensity work has FAR, FAR MORE effect at raising sexual performance related hormones, like DHEA, testosterone, and growth hormone (GH). High intensity exercise sessions are 45-60 minutes in length, ideally.

Viagra
This is a truly dangerous, harmful drug. German authorities were keeping a body count of Viagra caused deaths, and stopped after they hit 600, which happened pretty quickly. God only knows how high the death toll is now, several years later. Most Viagra related deaths are in middle age men, who have no history of heart disease. The "spin" is that the dead men had prior histories of heart troubles, but that is a lie, in plain English.
Most Viagra related deaths are in men with no prior history of heart troubles. Please, please, do not use any drug for erectile performance. Say no to drugs! Get on some herbs, exercise, drink enough water, avoid drugs that depress sexual function, like many prescription drugs as well as avoid marijuana, ecstasy, all stimulants: including cocaine, heroin, caffeine, and ephedrine.

for more information on men's and women's health matters, order my new book - see the Ebook! button for ordering instructions
Powered by