Urinary Tract Health
Urinary tract infections (UTI's) are a common occurrence, more so for women, but also seen in men, particularly with advancing age and decreasing activity levels. People who are in mobility devices much of the time are particularly prone.

As alluded to in this picture, drinking more and urinating more is actually a good thing for a number of reasons (please though; avoid environmentally irresponsible plastic bottles and use refillable large jugs or a home filter system instead). More dilute urine (from drinking more) means less risk of UTI's and kidney stones, as well as less work for the kidneys. The kidneys' most energy consuming task is to concentrate the urine in an effort to conserve water when a person is dehydrated

There are a number of healthy things one can do that will help prevent UTI's and also treat them, if they occur. 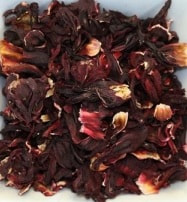 Probiotics; "friendly" germs
Metchnikoff in 1908 received a Nobel prize for his work on probiotics and their necessity for human health. When the colon is populated by a majority of healthy bacteria, all aspects of health are supported, especially including the urinary tract of women. Men are not as sensitive to probiotic status of the colon insofar as their urinary tract is concerned, however probiotics still benefit them by helping prevent systemic candidiasis which would likely be a contributing factor in UTI's.

There are a number of very expensive suppository probiotic supplements on the market designed for women to introduce probiotics vaginally for the treatment and prevention of UTI's. Cheaper alternatives will be discussed soon;
The vagina is naturally protected from infection by a number of factors;
1. The vagina lining is a secretory mucous membrane, producing immunoglobulins which interfere with bad bacteria and viruses, preventing their migration up the urinary tract.
2. The vagina is naturally home to beneficial bacteria, much like the gut is, in a healthy state. As they do elsewhere, the beneficial bacteria (including acidophilus) create an environment which discourages the growth of bad bacteria.

Suppositories for vaginal and urinary tract health
Any good preferably simple oral probiotic (one or two strains only of probiotics as opposed to several strains) may be inserted vaginally and thereby used as a suppository. Women have also had good results inserting a teaspoon of yogourt vaginally, as far in as they comfortably can. While the yogourt method is probably the cheapest it is potentially a bit more messy than a small discreet capsule. A probiotic capsule can also be opened up and mixed with a few drops of water and inserted as a paste. A product like Bio-K would be ideal for those wishing to use a liquid for internal application, since it is of very high quality and also a single strain simple formula.

Men are less likely to get UTI's because of their anatomically more isolated urinary tract. However making sure they have a healthy gut biome (balance of healthy bacteria in the intestines) is helpful for overall immunity and health.

For both Sexes
Hibiscus flowers and cranberries contain UTI preventive substances which render the lining of the bladder and urinary tubes (ureters, urethra) less prone to bacterial/ fungal growth.
Hibiscus seems to be more effective than cranberry. Hibiscus flowers are available dried and flaked for use in making tea, or simply powdered and added to water.
Hibiscus is a drink I often make since it is very highly antioxidant and healthy as well as delicious; I love the sour taste. I take about a tablespoon of dried organic Hibiscus (I get it in bulk, cheap, at Noah's on Bloor) and grind it in my coffee grinder then throw it in cold water. Alternately I boil up some of the dried herb, as is.
D-mannose is a naturally occurring sugar which can be taken orally and once it arrives in the urinary tract seems to have effects similar to those of cranberry and hibiscus. Mannose also seems to have good effects on the gut function and biome (healthy bacterial colonisation).
A note about cranberry juice. Be sure NOT to buy regular sweetened cranberry juice because sugar both depresses immunity and directly causes dysbiosis (growth of bad germs) so it would tend to negate any benefit of cranberry.
Also avoid chemically sweetened cranberry (like Diet Ocean Spray Cranberry cocktail for example) since chemical sweeteners are toxic and again, the harm would outweigh the benefits of cranberry.
​You can sweeten your cranberry juice by adding stevia or monk fruit or a bit of quality raw honey. A health store is much more likely to carry a pure unsweetened cranberry juice than a grocery store.
Powered by